Featured
Your radio will begin in 15

You disliked this video. Thanks for the feedback!

KLYY signed on in 1959 under the call letters of KDUO, airing religious programming. It had been originally KQXM, owned by Leslie Morgan Wills, but was sold before it signed on. The KDUO call letters were used as it is the acronym for the phrase "Do Unto Others". KDUO was initially owned by the College of Medical Evangelists, a predecessor to Loma Linda University, until being sold to the Southeastern California Broadcasting Company and then the KFXM Broadcasting Company in 1969.

KDUO would later adopt an easy listening music format. However, the format was in decline in the 1980s and KDUO's ratings were in a steady decline.

On the morning of January 25, 1992 at 6 a.m, KDUO dropped the easy listening music format and began stunting as a "public radio" outlet. Disc jockeys from other radio stations took over the station and each played a different music format every hour, including classic rock, pop, country, oldies, and smooth jazz. On January 31, 1992 at 5:00 pm, the 97-hour stunt ended with an announcement that the new format would be oldies. The station adopted the name "K-Hits 97.5"; the first song played was "Good Vibrations" by The Beach Boys. Soon after, KDUO changed its call letters to KHTX. Despite the changes, the station's ratings did not improve much; this might be attributed to KHTX's marketing strategy. Instead of a direct challenge to KOLA, which was airing a similar format via satellite, it elected to target KRTH. This move was not successful, likely because it did not cover the entire Greater Los Angeles area and competition in the market was fierce as KCBS-FM aired an oldies music format at this time.

In 1994, KHTX dropped the oldies format in favor of country music. This put KHTX in direct competition with KFRG, which had a loyal listening audience evident by its high ratings. KHTX was acquired by Noggales Broadcasting.

KHTX's format was changed yet again in 1995, this time to Spanish hits under the call letters KVAR as "Variedades 97.5". In 1997, the station was rebranded as Latin pop format "Super Estrella" adopting the call letters of KSSE. On January 16, 2003, KSSE moved to 107.1 FM and a call letter swap landed the present KLYY call letters on 97.5 FM. 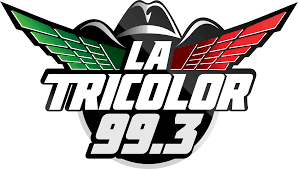